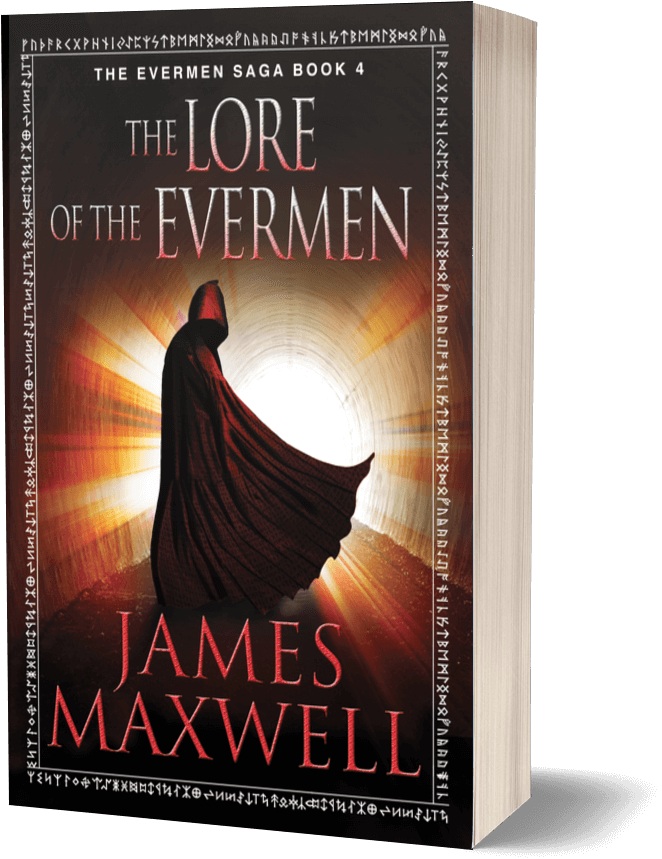 The Lore of the Evermen

The Lord of the Night is coming. The future of civilization is at stake.

Miro is in the Imperial capital to prepare the Empire for the onslaught. He knows his homeland lies directly in the enemy’s path but struggles to form the alliances he needs.

As the high lords bicker, Ella seeks Killian’s help. But, amid the growing tensions, their responsibilities drive them apart, as Killian can’t be seen to favor Ella’s homeland.

Against a backdrop of old hurts, guilty secrets, and shaky new allegiances, people of all nations and abilities must learn to trust one another again, and form a united front against a powerful enemy intent on destroying them once and for all.

This is the fourth book in the epic Evermen Saga. 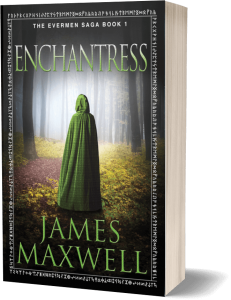 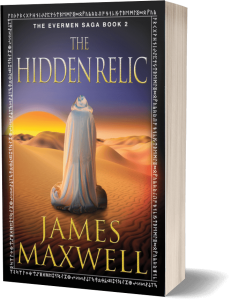 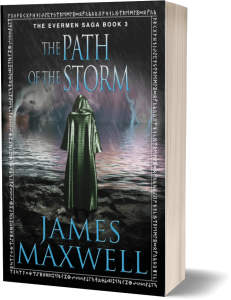 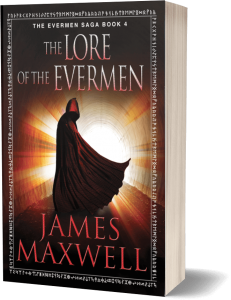 I have thoroughly enjoyed this saga. Characters have grown, stories developed and now that I have reached the end of the fourth book, I find myself saddened that a fifth volume doesn't await me. This isn't a perfect tome by any means but it's an enjoyable read for anyone into this genre. Suspend disbelief and get lost in the pages of all four volumes. You'll find yourself rushing through sections as the pace of the battles consumes you, catching your breath on the slower passages which are a welcome relief. I hope you enjoy reading this as much as I did. For now, I am left with just questions of what will become of these fine characters. I hope, one day, a further volume will tell me.
R. Andrews
This was a fantastic series. Merryala opened its doors and sucked me in. It was absolutely impossible to leave the magic and intrigue and do anything sensible till the story was told and even then reluctantly. James Maxwell has spun such a fantastic story with a rich history it has quickly become one of my favourites alongside classics such as the lord of the rings. The leading characters had everything required to laugh and cry alongside them. Most Highly recommended.
Bella Rose
Lore of the Evermen captured and held my attention throughout. Maxwell is a master at weaving details into his story which thread through each part of the saga to hold it all together and lead you on the journey with his characters. Hard to put down.
LJ Calhoun
I love this book and all others in the series. They kept me hooked from start to finish and left me wishing the author had written more. There were plenty of suprises to keep me entertained and a good balance of action, romance, suspense and magic. I loved them so much that I book paperback copies to add to my permanent collection. Overall I would definitely recommend them.
Samantha
I was so sad for this to be the end of the series. I truly fell in love with the world and it's characters. They all have strong attributes, along with some bad mixed in. I feel the author really grew with this saga and his writing got better with each book. It was an amazing ride through these books. If you like magic and things out of the ordinary then try these books.
Susan M
Is it satisfying for a fun book collection. The characters are drawn well enough that they seem real. The stories are pure fantasy, of course, but this world has a logical integrity that makes the stories compelling.
Dean Howell
I love all of the twists and turns, the author brings a true depth to the story and the world that he created. I found myself holding my breath one minute, laughing the next, and riding a rollercoaster of emotion from one event to the next. This story pulls you in and makes you see and feel the world, the feelings, the people.
Heidi
Really amazing end to a great series. This series was unique and new. Couldn't put it down. Looking forward to enjoying more of Maxwell's books!
Amy E. Dipaolo
What an ending to an epic series. James Maxwell never failed to deliver in any of his novels and I'm so happy to have found them. Through his gift of writing, story telling, and character development I couldn't help but read the entire Everman series start to finish. While I'm disappointed the journey is over, I'll hold onto the characters for a long time.
David Cabrall
One of the best short fantasy series I've read. Loved the combination of a 'lore' world and a 'normal' one. Great character development, nice balance between main and side stories, and a plot that was engaging right up to the end.
Iris
Saga book 4. I really enjoyed the whole collection of the Evermen saga. Great books. Thank you James Maxwell. Kudos!
Cynthia Burns 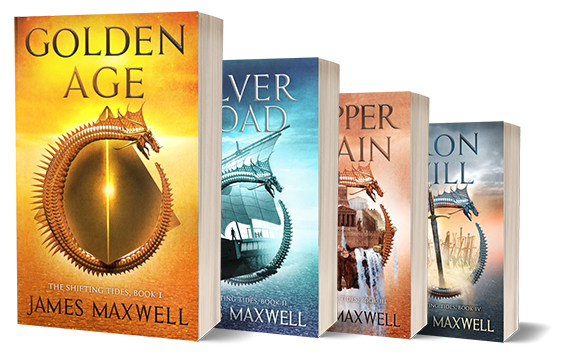 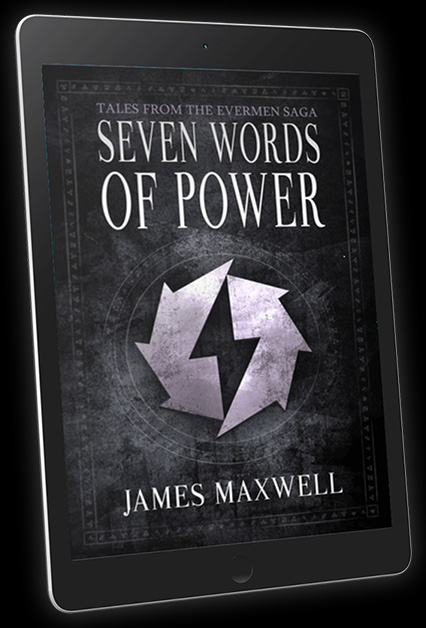 Get a Free E-Book

A standalone collection of seven stories.

Apprentice enchantress, Evora Guinestor, is summoned to a mysterious meeting with Master Zoran. Her suspicions are confirmed when her two rival apprentices have also been summoned: it’s time for Master Zoran to name his successor.

But along with her rivals Evora is shocked when Master Zoran announces a contest. In three days, the apprentice who demonstrates the most powerful magic with the fewest number of words to call forth its power will be named a master.

Evora will need to use every trick at her disposal to win the contest.

Her mind turns to the mysterious seven words of power… And in the end, she will be in danger of her very life. 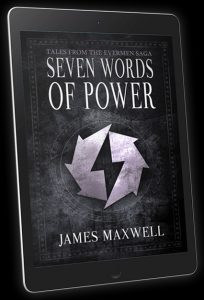 get a free E-Book

A standalone collection of seven stories.

Apprentice enchantress, Evora Guinestor, is summoned to a mysterious meeting with Master Zoran. Her suspicions are confirmed when her two rival apprentices have also been summoned: it’s time for Master Zoran to name his successor.

But along with her rivals Evora is shocked when Master Zoran announces a contest. In three days, the apprentice who demonstrates the most powerful magic with the fewest number of words to call forth its power will be named a master.

Evora will need to use every trick at her disposal to win the contest.

Her mind turns to the mysterious seven words of power… And in the end, she will be in danger of her very life.

Get a Free E-Book